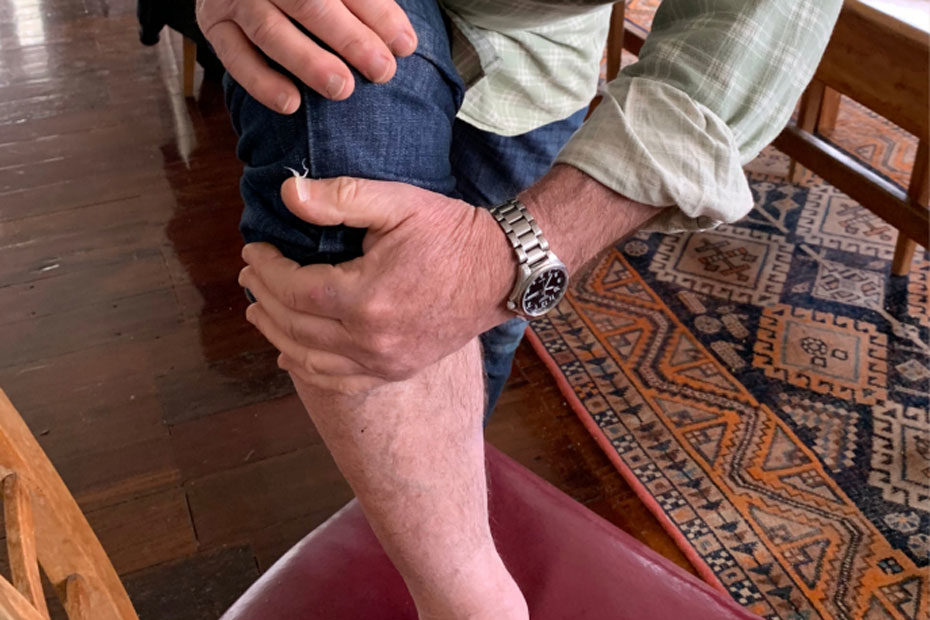 Six months on how’s our patient Greg (not his real name) doing?

“I first had a bit of aching at night, which I didn’t think much about. When I had scans done of both my legs the one I thought didn’t have any varicose veins turned out to be worse than the other leg!”

Richard Evans says although it’s more common to see ropey veins on the surface, it’s not always the case.

Both Greg’s parents had varicose veins, so he knew he’d likely suffer from them at some stage.

Greg says he was a bit nervous about having treatment having seen the aftermath of his father’s operation when he had them stripped out.

Richard Evans says we don’t strip the veins any more. We use minimally invasive techniques – mostly a medical adhesive is dispensed at intervals along the vein and then sealed. It can take as little as 15 minutes per leg. We say allow just over an hour from when you walk in the door, to when you walk out again after.

Greg says he was amazed how easy it was; he said he felt a bit of pressure when the vein was sealed but the worse thing was having to wear compression stockings all day, every day for 10 days. “I’m not used to wearing stockings!”

Richard Evans agrees the thing most commented on is wearing the stockings afterwards.